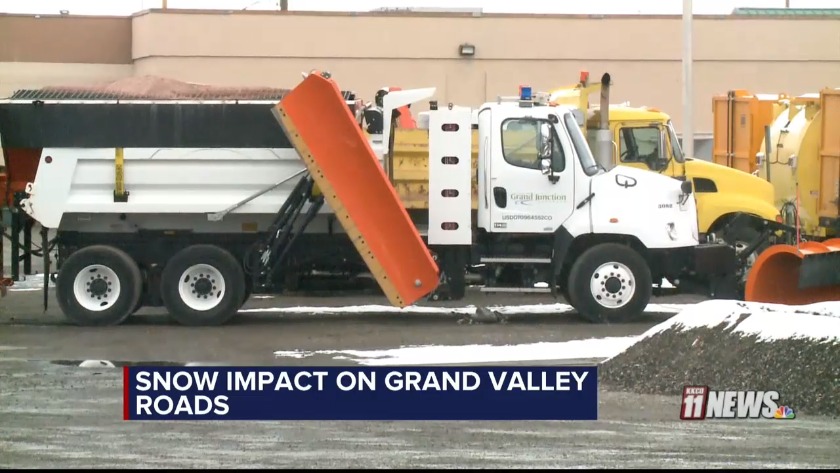 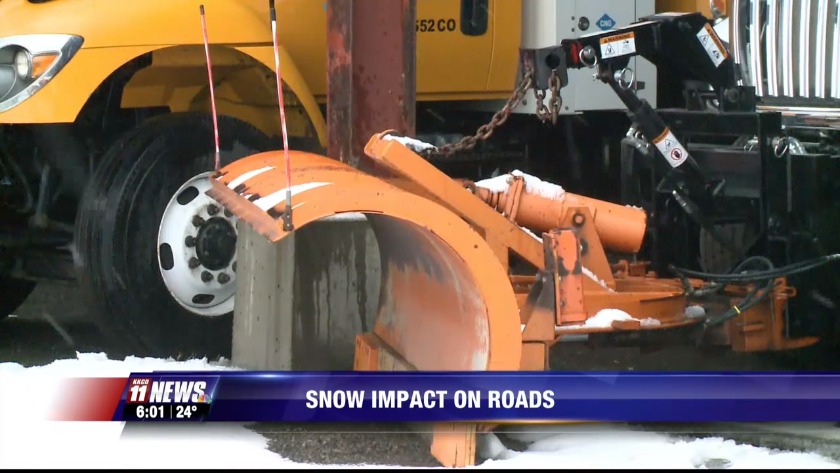 GRAND JUNCTION, Colo. (KKCO/KJCT)-- A light, but steady snowfall across the Grand Valley has made driving a bit dangerous.

"This is what we would call a really small little storm,” said Darren Starr, Manager of Streets and Solid Waste for Grand Junction.

Parts of Grand Junction got nearly three inches of snow. Other areas, like Fruita and Montrose, saw about four inches Sunday into Monday morning.

"As soon as it started snowing, and noticed it started to accumulate, we started calling people in," said Darren Starr, Manager of Streets and Solid Waste for Grand Junction.

Snow plows weren’t needed just yet, instead, crews used something a little stronger than salt.

"We did use some magnesium chloride, which is a liquid product. We used it a lot on the bridges and overpasses. It goes down to a little cooler temperature and kind of cuts the snow and ice quicker than the salt does," said Starr.

"Road and bridge temperatures dropping below freezing so those are our really icy conditions. Any place there's an overpass or bridge, and air can get underneath it, seems to freeze up quicker than our roads do and that's what we want to prevent for the public," said Starr.

Great West Ice Fest brings families out to the mall

Great West Ice Fest brings families out to the mall