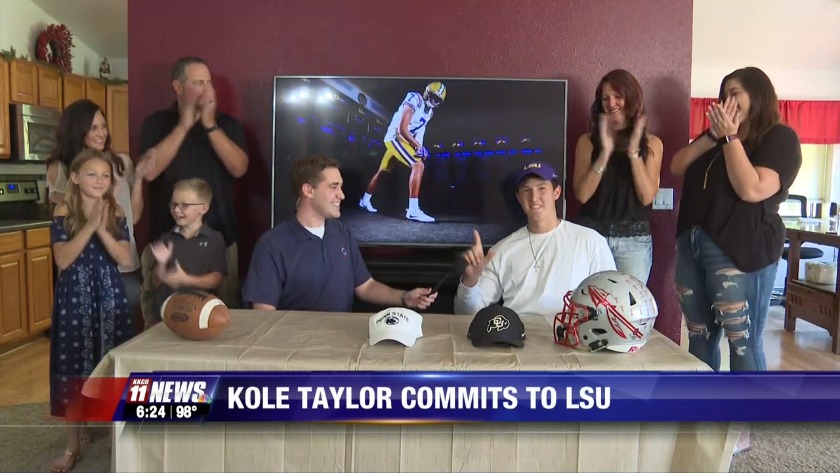 After 27 colleges from all over the country, Taylor narrowed it down to five including Washington State, Penn State, Colorado University and Missouri.

Taylor almost doubled his numbers in one year, started off his junior year with 243 yards on 18 catches to 510 yards on 29 catches.

"They are in the SEC which is different," Taylor said about LSU. "I like to kind of compare it to there was a tight end at UCLA who went and broke all the records at UCLA. He was the top tight end but he went last in the draft. Last year, LSU had a tight end who didn't get as many catches and he went way higher than him. I built a good relationship with the coaching staff there. It's just awesome and I loved the feel when I was there for sure."