FRUITA, Colo. (KKCO/KJCT) Fruita Monument won six straight before falling to Loveland in the second round of the state playoffs last season. That senior heavy team now gives way to a new challenge for the Wildcats, one of which is starting a new offensive line on top of a new quarterback behind center. They are ready to face that challenge head on in pursuit of their third straight conference title.

"It feels great. It feels like a break-out year maybe," said senior running back Denim Luster.

"It feels good. We're ready for the season to start,” said senior lineman Derek Van Why. “We've been working all summer and it finally feels like it's coming together."

The Fruita Wildcats are coming off a conference title after getting through the league schedule unscathed. Now this team has to reload after losing most of the starters.

"We're very excited to be out here and get it going,” head coach Cameron Ross said. “I'm very excited with this group. It's kind of a young group. Last year we had 27 seniors. These guys are really chomping at the bit to get out there and show what they can do."

In head coach Cameron Ross' third year, he will have to find players ready to take charge and continue the wildcat run of four straight state tournament appearances.

"There are a lot of positions open that guys are competing for right now which makes for great football,” said Ross. “We have some slots to fill and guys are stepping up right now so we are waiting to see who fills those spots."

"I just feel like I can be a leader,” Luster said. “I have a lot of guys that look up to me right now. I love to help out underclassmen."

Fruita averaged 270 yards a game on the ground and with an entire new offensive and defensive line, they will have to learn quickly to continue to pound the ball.

"For what we do, the line is the ultimate,” Ross said. “The offensive and defensive line, you have to control the line of scrimmage. Right now, building that line and making sure we have the right guys in the right spots is our focus as we go forward to protect the quarterback and runningbacks."

In two and a half weeks, Fruita hosts Pueblo West under the lights and this team is grinding to be ready for the opening kick.

"Yeah, you've got to get back into shape,” said Ross. “It's been a good summer, a lot of guys lifting but that doesn't replace the game-time speed and endurance you need with that. These early practices, they are very important for fundamentals and getting guys back into shape and ready to go."

"We want to get a lot stronger training under the August heat and put in our base plays not only but getting creative and seeing what we can most effectively do to counter their offense and defense," Van Why said.

"I can't wait see us come out there and just play our hardest and not just give up on every play,” said Luster. “If we do anything bad, just forget about it, flush all the negativity away." 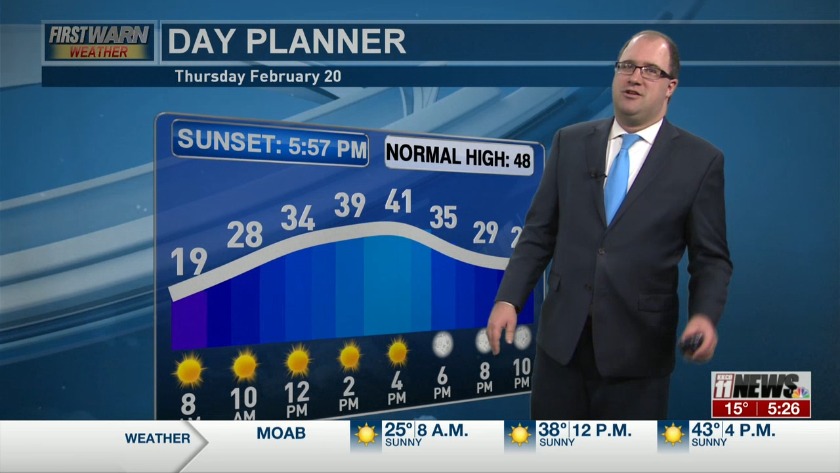 Video: Pet of the Week- KKCO

Video: Pet of the Week- KKCO